décembre 07, 2019
Heading to Bizkaia, province of the Basque Country in northern Spain, for the new edition of the Getxo International Photo Festival, directed by Jokin Aspuru, which has been taking place for the last 13 years in September. 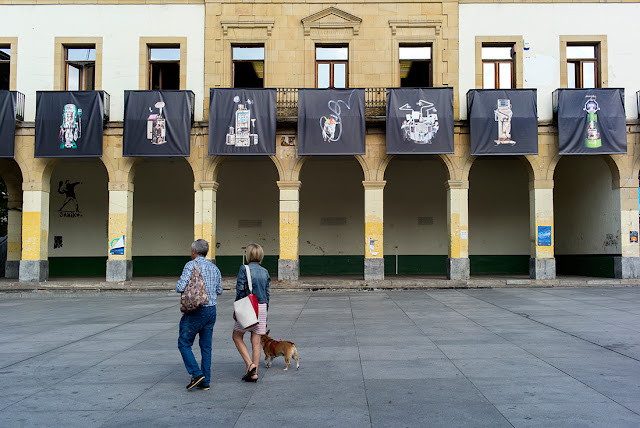 Bathed by the waters of the river Nervion, about fifteen kilometers from Bilbao, two main urban areas share the shoreline with a majestic transhipment bridge (1893) that became World Heritage of Humanity in 2006. It will take you, you and your vehicle from Portugalete to Getxo, to reach the Algorta district, where the exhibitions are located.
A good majority of the displays find their place in the heart of the public space, the organisers do not shrink from atypical or giant formats, all the way to the edge of the beach, revealing a desire to confront the inhabitants to contemporary works. Meetings, conferences and other activities complete the program.
Post homo sapiens is the third and final part of the Transitions theme, under the artistic direction of Monica Allende, former photo director of the Sunday Times magazine, born in Bilbao and living in London as exhibition curator and independent consultant. Another originality of Getxo photo – and will of the artistic director – is to present without distinction the winners of the annual call for authors alongside artists more or less well known, proposing work brought to completion. 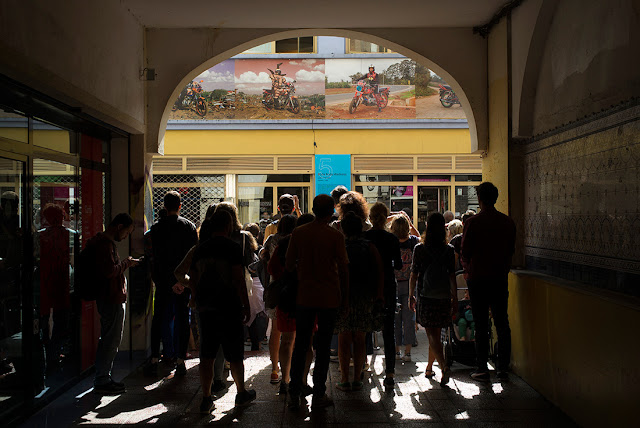 Among them, Haley Morris-Cafiero denounces through her self-portraits the cyber-harassment of which she may have been victim, disguising herself as her own persecutors and reproducing their shock sentences on her body. Presented in very large formats, her photographs are a humorous challenge for the walkers on the waterfront where they are set up.
Matthieu Gafsou, a former student of the Vevey school, is interested in transhumanism, an optimization of the human body thanks to technology, as that of Neil Harbisson, who had an antenna implanted in the skull, which makes him the first cyborg recognized by a government In his series H + started in 2014 and presented in Arles, Gafsou analyses, details and notes that these technological advances are not without some violence.
Japanese culture is undoubtedly the best able to link dramatic utterance with the greatest poetry. Demonstration made with Autoradiograph, is a set of black and white images, which reveal the radioactive radiation of personal items found on the Fukushima site. Artist Masamichi Kagaya worked closely with Professor Satoshi Mori of Tokyo University. The installation of giant prints in a former disused service station further strengthens the visual power. 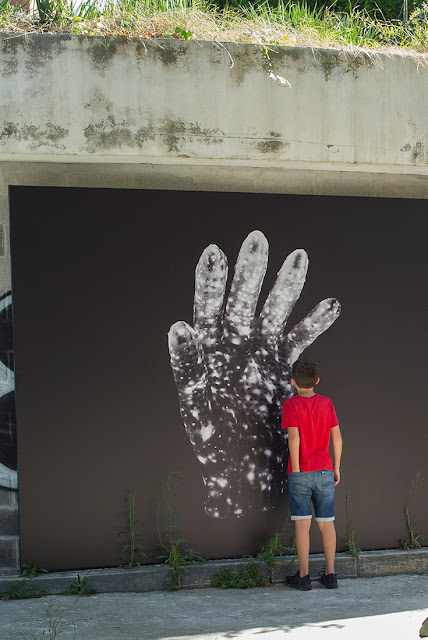